We used two methods to acquire the imagery. The first method is called stop and go. Imagery is static. It means that the photographer is taking photos only when he does not move. We captured photos around the plot and also inside the plot by this method. Secondly, we used mobile imagery method. Photos are captured while the capturing device is not static but moves through the plot. We used the burst mode for this purpose. 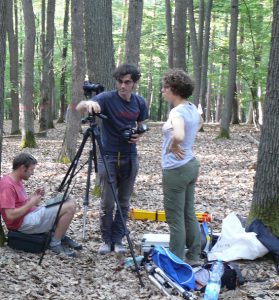 For the benchmarking purposes, images from all plots were processed and dense point clouds were generated. We used commercial and open source software packages. After the image matching, the point clouds have been delivered to all project partners. The research teams process point clouds and derive DBH, stem curve and position of trees. Simultaneously, we processed reference data from all six plots in the manner to provide uniform and easy to compare resulting data. The comparison of the results follow the workflow similar to those used for the EuroSDR benchmark about TLS for forestry applications. 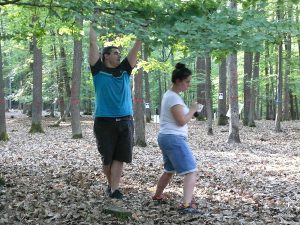 Besides the benchmarking also prototypes of the Monitoring Mapper and the PiMultiCam were tested. Based on the results we considered the implementation of datasets for benchmarking purposes. In the case of Multi Mapper, we  verified whether the information of position and orientation of each image improved the image aligning. 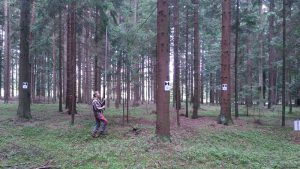 We captured images by the PiMultiCam prototype of all research plots too. Then we generated point clouds and derive DBH, stem curve and position of stems. We compared those results with reference data and also with results from the other methods to evaluate possibilities of the prototype. 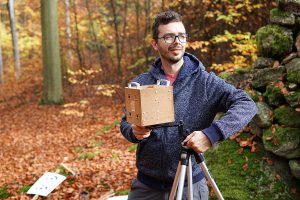